Classical KC 1: The Development and Codification of Religious and Cultural Traditions.  As states and empires increased in size and contacts between regions intensified, human communities transformed their religious and ideological beliefs and practices.

Classical KC 2: The Development of States and Empires.  As the early states and empires grew in number, size, and population, they frequently competed for resources and came into conflict with one another.

Classical KC 3: Emergence of Transregional Networks of Communication and Exchange.  With the organization of large-scale empires, trans-regional trade intensified, leading to the creation of extensive networks of commercial and cultural exchange. 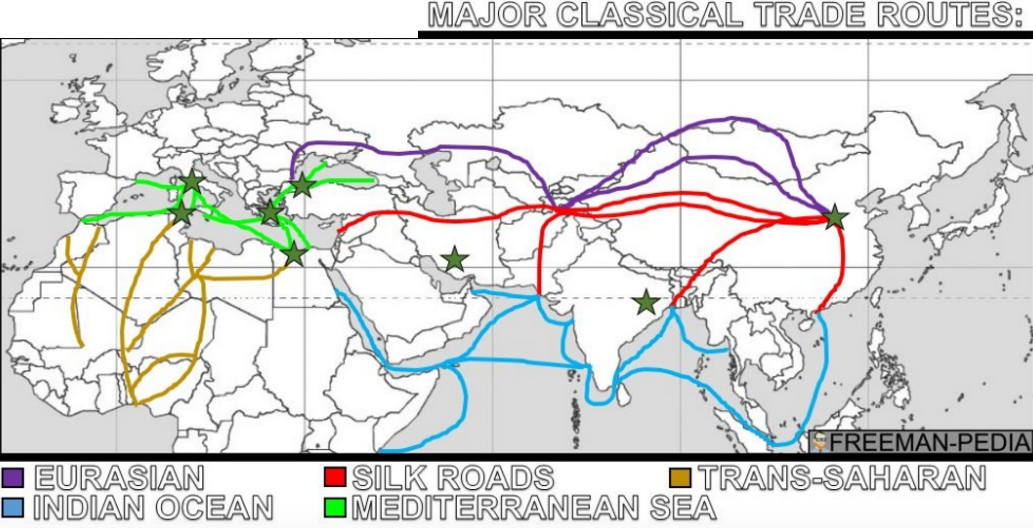 A Photo Trip Along the Ancient Silk Roads. ALAN TAYLOR of The Atlantic Magazine.  Here is the backup version of that source.

Crash Course World History II conceptualizes and problematizes the fall of civilizations through the natural resource of WATER in Mayan in Central America (c. 1800 BCE thru 200 CE) and Khmer societies in Southeast Asia ( c. 800 CE thru c. 1400).  Spanning across the different chronological Units is useful to remind ourselves of the sheer scope of history, and prepares us for our next Unit.

While some Classical (c. 600 BCE – 600 CE) and Post-Classical (c. 600 CE – 1450) era civilizations  seek to control limited amounts of water, some are masters of the seemingly endless surrounding oceans.  Similarly, water is yet another factor in the story of human ingenuity as a function of movement; some human migrations have origins from Paleolithic times, like the Bantu migrations out of the Great Rift Valley in east Africa.  Others long lasting human migrations, like the Polynesian migrations, began later, but still happened over the course of multiple historical periods.  Let’s inquire into the later of these two major migrations.  Consider this map of Polynesia, as well as PNAS’ 2011 article by John Terrell titled “Recalibrating Polynesian Pre-history.”  Consider too the possibility of South American interaction with the region of Polynesia, as suggested by the work of Thor Heyerdahl in Kon Tiki (1948).  Finally, inquire into some of the most awesome maritime navigation ingenuity in human history:

Freeman-pedia’s page on the Classical era is great for REVIEW! 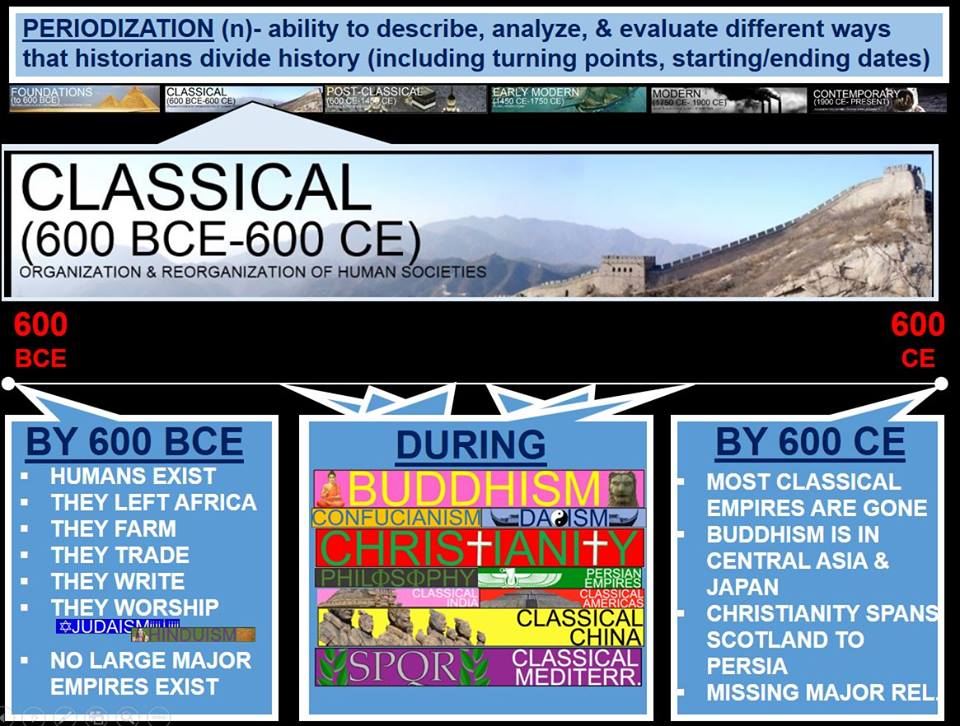 Just as we do with our unit-by-unit SECSE Maps (on the “Geography!” page of the website), it will be important that we annotate and color-code chapter notes.