Early Modern KC1: Globalizing Networks of Communication and Exchange.  The interconnection of the Eastern and Western Hemispheres, made possible by transoceanic voyaging, transformed trade and religion and had a significant economic, cultural, social, and demographic impact on the world. 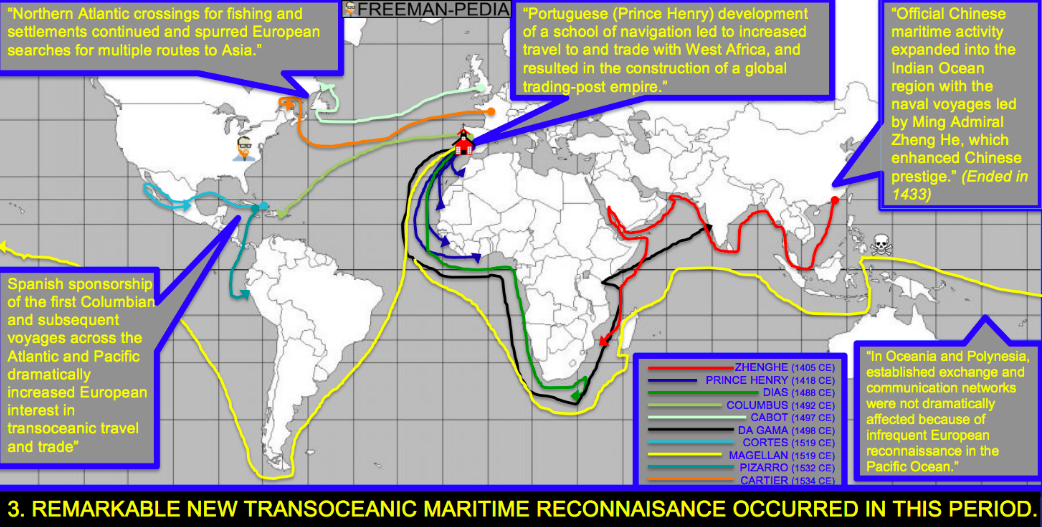 Early Modern KC 2: New Forms of Social Organization and Modes of Production. Although the world’s productive systems continued to be heavily centered on agriculture, major changes occurred in agricultural labor, the systems and locations of manufacturing, gender and social structures, and environmental processes.

Early Modern KC 3: State Consolidation and Imperial Expansion.  Empires expanded around the world, presenting new challenges in the incorporation of diverse populations and in the effective administration of new coerced labor systems. 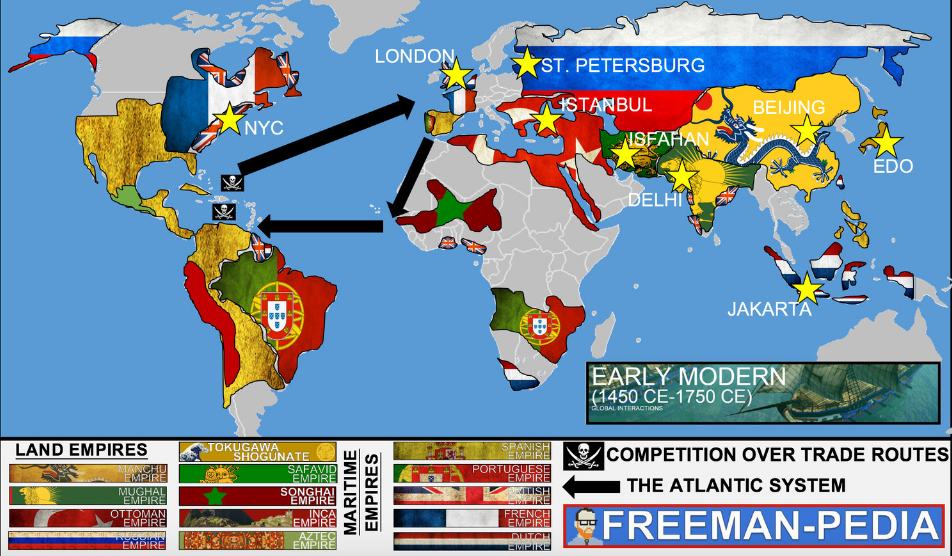 Crash Course Big History broadly contextualizes the major changes brought about by the connection of the four world zones during the early modern era: 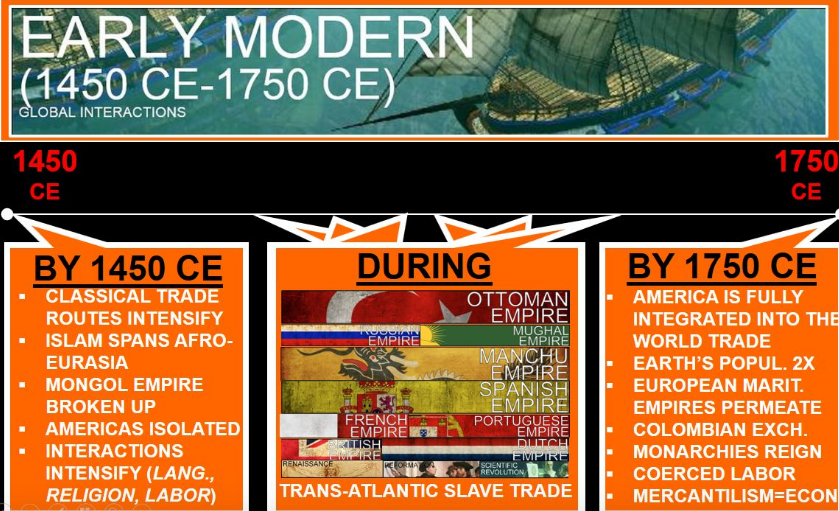 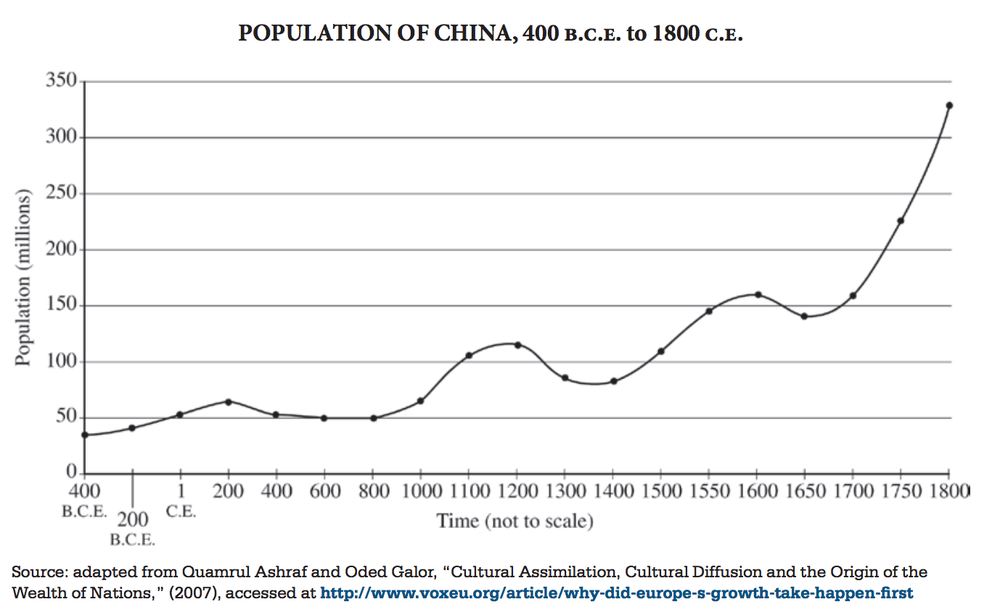 2. “Most of the inhabitants of India are infidels, called Hindus, believing mainly in the transmigration of souls; all artisans, wage-earners and officials are Hindus. In our countries the desert dwellers get tribal names; here people are settled in the cultivated villages also get tribal names. Again, every artisan follows the trade handed down to him from his forefathers. India is a country of few charms. The people lack good looks and good manners. They have no social life or exchange visits. They have no genius or intelligence, no polite learning, no generosity of magnanimity, no harmony or proportion in their arts and crafts, no lead-wire or carpenter’s square… Among the charms that India does possess is that it is a large country, with large quantities of gold and silver. Its air in the rainy season is very fine…”– Babur. The Babur-nama in English (Memoirs of Babur). Trans. By Annette Susannah Beveridge. London: Luzac, 1922.