Modern Era KC 1: Industrialization and Global Capitalism.  The process of industrialization changed the way in which goods were produced and consumed, with far-reaching effects on the global economy, social relations, and culture. 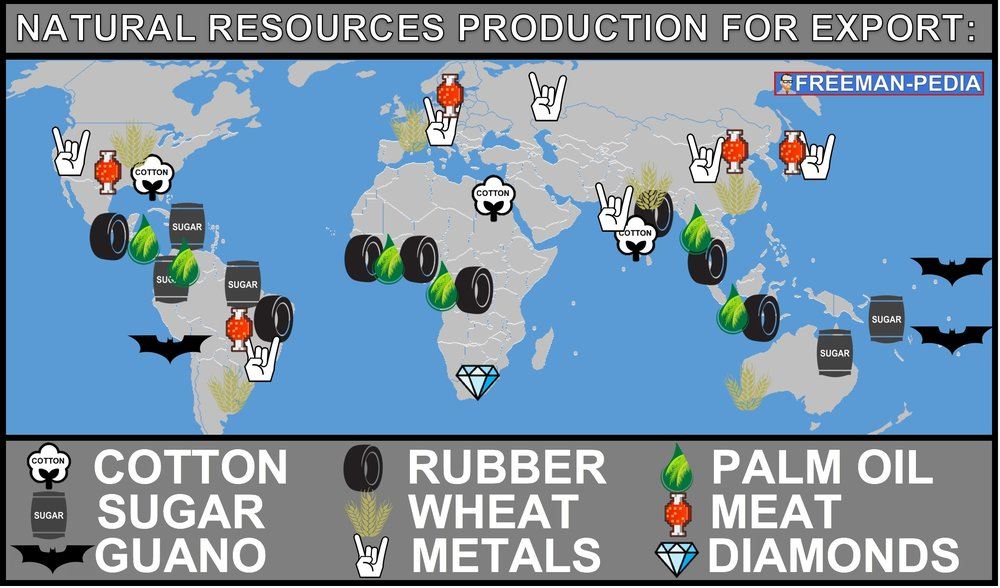 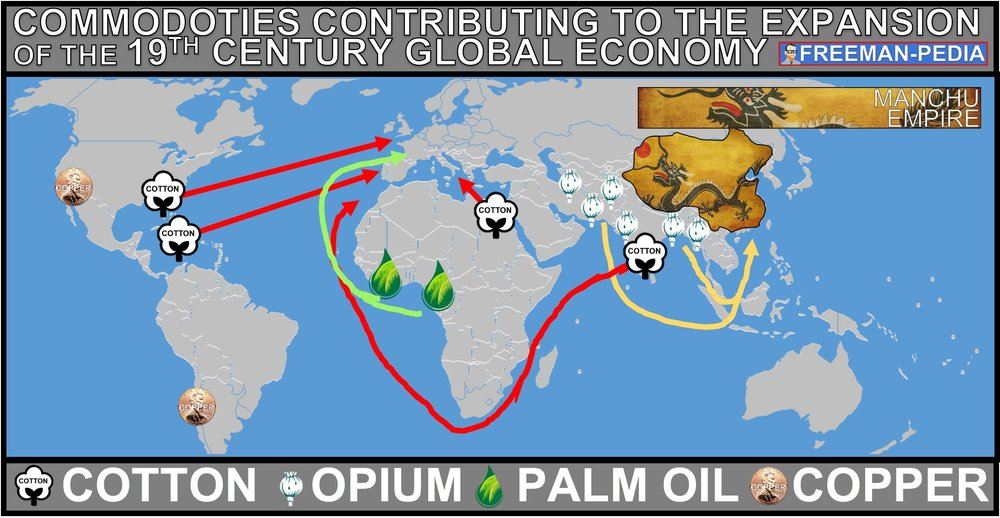 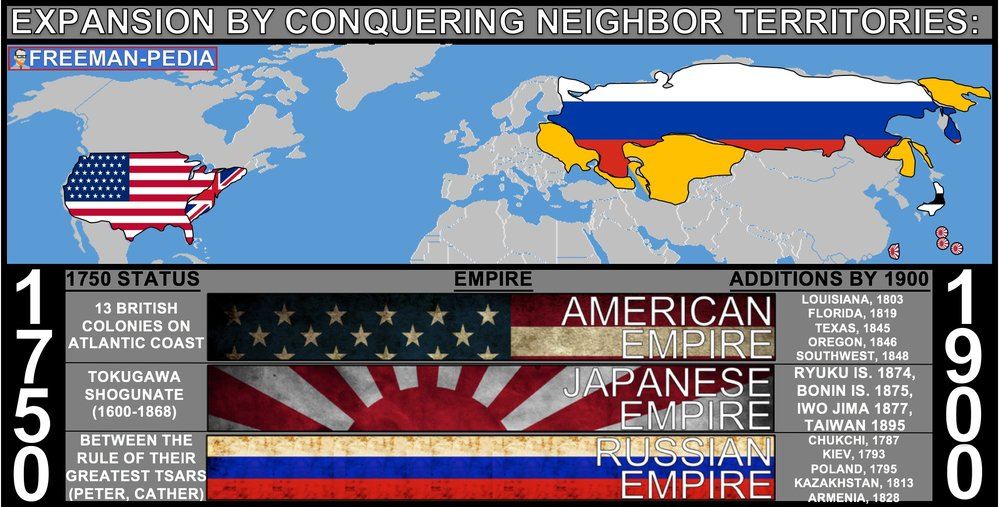 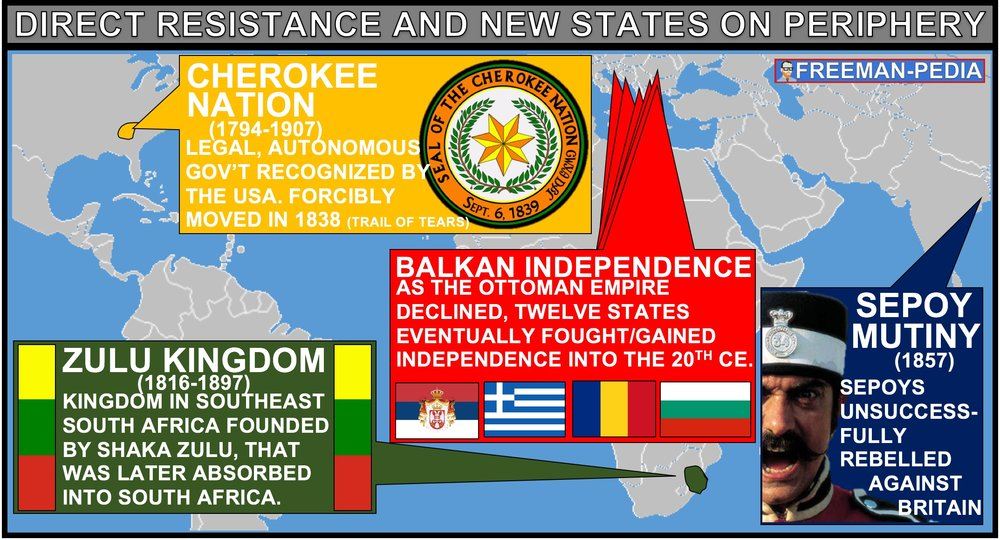 Modern Era KC 3: Nationalism, Revolution, and Reform. The 18th century marked the beginning of an intense period of revolution and rebellion against existing governments, leading to the establishment of new nation-states around the world.

Modern Era KC 4: Global Migration. As a result of the emergence of transoceanic empires and a global capitalist economy, migration patterns changed dramatically, and the numbers of migrants increased significantly.

Freeman-Pedia’s page is great for REVIEW!! Oh and a DBQ for Review:  Industrialization Impacting Humanity. 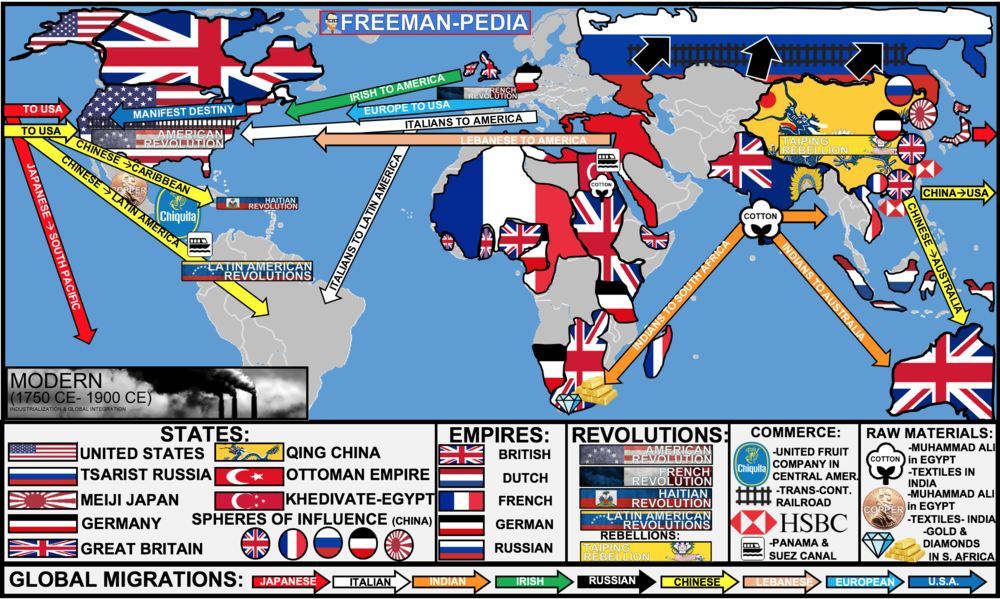 6) Using specific examples, analyze the causes and effects of the unification of states in the period 1750 to 1914 CE.

7) Using specific examples, analyze the causes and effects of industrialism in the period 1750 to 1914 CE.

8) Using specific examples, analyze the causes and effects of nationalism in the period 1750 to 1914 CE.

Just as we do with our unit-by-unit SECSE Maps (on the “Geography!” page of the website), it will be important that we annotate and color-code our chapter notes.